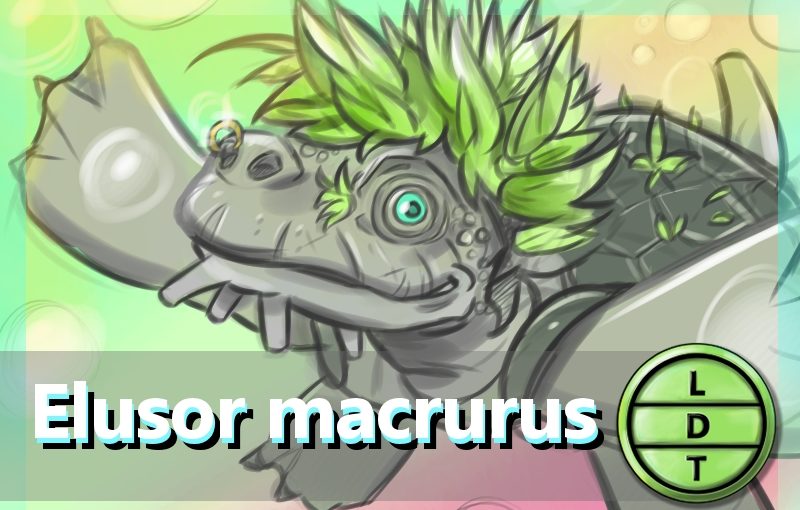 “And today we’re talking about a turtle that does what it wants because it’s punk rock.”

Turtles enjoy the aquatic lifestyle, eating algae, river plants, and fish. But, unlike those fish that are privileged with water-breathing gills, turtles must make trips to the surface to breathe. But one Australian turtle species with a punk rock style goes against the grain with its respiration. But to join this counter-cultural genre of gas exchange, it has to adopt a bizarre style of breathing. But sometimes an awkward adaptation is enough to give you an edge in Life, Death, and Taxonomy.

Welcome to Measure Up, leading candidate for best part of the show, a title to be officially determined by you on December 3rd on Twitter and Facebook. This is the part of the show when we present the animal’s size and dimension in relatable terms through a quiz that’s fun for the whole family. It’s also the part of the show that’s introduced by you when you send in audio of yourself saying, singing, or chittering the words measure up into ldtaxonomy at gmail dot com. We have no new intros this week, so that means I get to play an animal sound and Carlos will guess what it is!

A lot of people mistakenly think that turtles are amphibians.