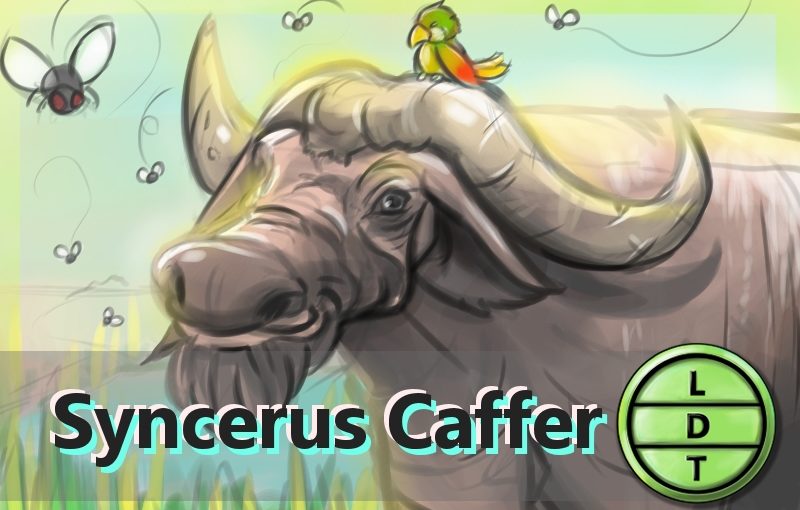 “And today we are talking about beefiest boys in the bovine brotherhood. But bore on that later.”

Clutching his rifle in his hand, veteran British big game hunter Owain Lewis made his way through the dense brush of Zimbabwe, carefully tracking an injured cape buffalo that had been shot three days earlier by an American visiting hunter who had failed to finish it off. With the task now falling to him and his hunting apprentice, it all comes down to a game of cat and mouse. But who’s the cat, and who’s the mouse? We’ll find out here in LDT.

Welcome to Measure Up, leading candidate for best part of the show, a title to be officially determined by you on December 3rd on Twitter and Facebook. This is the part of the show when we present the animal’s size and dimension in relatable terms through a quiz that’s fun for the whole family. It’s also the part of the show that’s introduced by you when you send in audio of yourself saying, singing, or chittering the words measure up into ldtaxonomy at gmail dot com. We have no new intros this week, so that means I get to play an animal sound and Carlos will guess what it is! Answer: Koala

**So watch your back, let your aim be true, and ba ram you like the cape buffalo in LDT.

Outro:Hey everyone. We need measure up intros! It really makes our day to see that we’ve received a new measure up from a fan of the show. Plus, you get to hear yourself on the airwaves, so to speak. Just say, sing, whisper, scream, or chitter the words “measure up” into your phone’s recording app and email that bad boy to ldtaxonoy@gmail.com. Also, don’t forget to vote for your favorite podcast segment on December 3rd. We’ll finally know whether the amazing and fun Critter Groups or the tedious and bad Measure Up is more beloved. You can vote on Facebook and/or Twitter. Thanks for listening and we’ll see you next week!