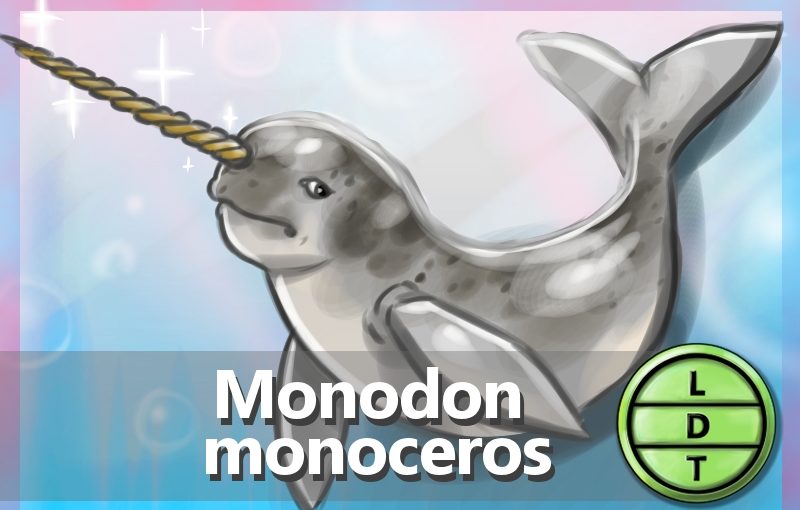 “And today we’re talking about a whale with a rostrum for adventure! But more on that later!”

Way high up in the frigid arctic waters swims what many would consider to be a mythical creature: a unicorn. No, not a white horse with a horn sticking out of its head, but a whale with a similar facial characteristic. But what is this horn used for? Fighting, hunting, swimming? You’ll just have to listen and find out here on Life Death and Taxonomy.

Welcome to Measure Up, leading candidate for best part of the show, a title to be officially determined by you on December 3rd on Twitter and Facebook. This is the part of the show when we present the animal’s size and dimension in relatable terms through a quiz that’s fun for the whole family. It’s also the part of the show that’s introduced by you when you send in audio of yourself saying, singing, or chittering the words measure up into ldtaxonomy at gmail dot com. We have no new intros this week, so that means I get to play an animal sound and Carlos will guess what it is! https://www.youtube.com/watch?v=gIMwLtvQPa0

Major Fact: The Tooth of Time

So be gregarious, don’t go into the arctic waters without a warm coat of blubber, and use your tusks for oceanic communication, not war, like the narwhal in LDT.