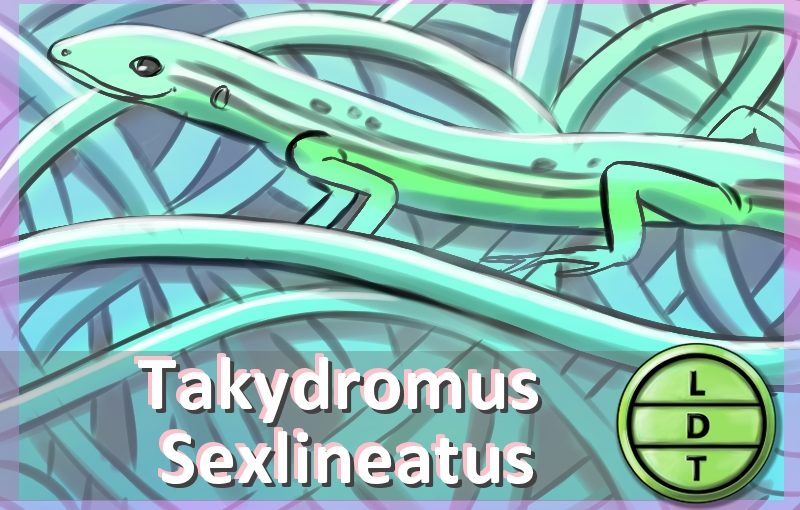 “And today we are telling a Thai tale of a towering tail. But more on that later.”

Grass is important to dads with perfectly manicured lawns, but it goes unnoticed by the rest of us. But what if you were a lot smaller, and you made you home in thick tall grass. You might find it more difficult to get around than a walk in the park. One lizard has come up with an interesting way to get over the green grassy seas to food, shelter, and all the things a small lizard could want. But swimming the sawgrass straights is just one method of locomotion in Life, Death, and Taxonomy.

Welcome to Measure Up, leading candidate for best part of the show, a title to be officially determined by you on December 3rd on Twitter and Facebook. This is the part of the show when we relate the animal’s size and dimension in relatable terms through a quiz that’s fun for the whole family. It’s also the part of the show that’s introduced by you when you send in audio of yourself saying, singing, or chittering the words measure up into ldtaxonomy at gmail dot com. We have no new intros this week, so that means I get to play an animal sound and Carlos will guess what it is!