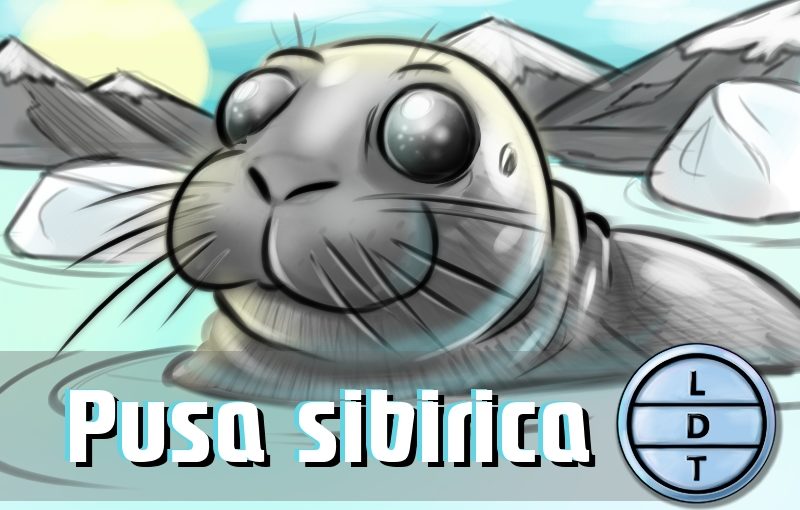 “And today we’re talking about a seal that can play the saxophone! But not really! But not much more on that later.”

Lake Baikal stretches across southern Siberia and it contains enough water to exceed all of the Great Lakes combined. It’s so large and deep, it’s said to be a leading candidate for the Earth’s next ocean, as it continues to grow. For now, it’s freshwater shores and depths are a home to a variety of plants and animals. But what happens when this immense inland sea freezes over with six feet of ice. The winter always requires the best of every species, but in this unique ecosystem, one marine mammal uses persistence and ingenuity to thrive in this otherwise inhospitable season. But that’s what it takes to survive freezing temperatures in Life, Death, and Taxonomy.

Welcome to the beloved Measure Up segment. The official listener’s favorite part of the show! The part of the show when we present the animal’s size and dimension in relatable terms through a quiz that’s fun for the whole family. It’s also the part of the show that’s introduced by you when you send in audio of yourself saying, singing, or chittering the words measure up into ldtaxonomy at gmail dot com. We have a no new measure up intro this week. So we get to hear from an animal and Carlos has to guess what it is!

The baikal seals live in the largest lake by volume in the world.

So how do seals live in a water that completely freezes for nearly half the year?

Seal pups are born during the winter inside ice dens that are formed in ice domes.