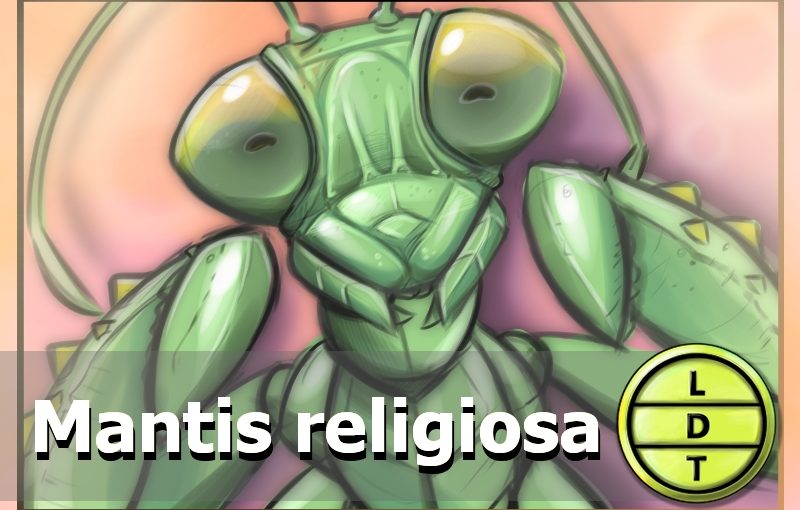 
“…and today we’re talking about an insect that’s not as pious and charitable as it’s posture projects. But more on that later.”

While the prayers of a righteous man availeth much, the prayers of a righteous bug aren’t as effective. In fact, there is no such thing as a righteous bug. But that doesn’t stop the infamous praying mantis from folding its hands whenever it gets the chance. But contrary to unpopular belief, the mantis isn’t praying (with an “-a”), he’s preying (with an “-e”). These hands, folded in mock prayer, are actually swift to shed blood—insect blood, that is. But that’s just another day in the brutal world of insects here in Life, Death, and Taxonomy.

Welcome to the beloved Measure Up segment. The official listener’s favorite part of the show! The part of the show when we present the animal’s size and dimension in relatable terms through a quiz that’s fun for the whole family. It’s also the part of the show that’s introduced by you when you send in audio of yourself saying, singing, or chittering the words measure up into ldtaxonomy at gmail dot com. We don’t have a new measure up intro this week so we get to hear from an animal and Carlos has to guess what it is!

Ending: So fold your hands, pray for blessings, and be ready to strike when blessings come your way like the Praying Mantis here on LDT.

Hey everyone, Carlos here with a quick reminder to subscribe and leave a rating and review on Apple Podcasts if you like our show. Even if you listen on a different app, the reviews on Apple Podcasts really help us get seen and rank higher so that we can share more interesting animal info with more people. Thanks for listening and helping us out, and we’ll see you next week.