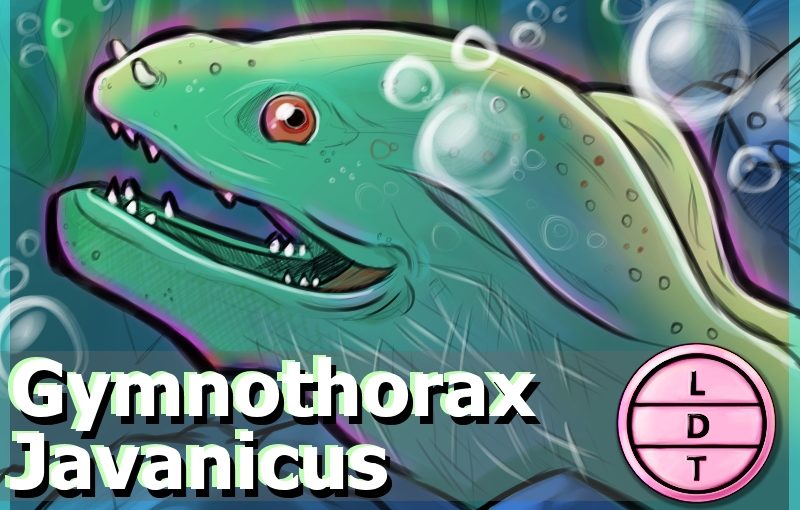 “And today we’re talking about a sci-fi fish with some grumpy gills. But more on that later.”

If you were to go diving almost anywhere in the shallows of an Indo-Pacific ocean, there’s a good chance you’ll find a moray eel stationed in some of the porous holes left in the rocky coral reefs. Looking like a cross between a snake, a dragon, and a cartoon witch, the moray eel poses little threat to humans, but is a menace to reef fish. With an unusual jaw that you might find in a painting by H.R. Geiger, the moray may seem a little unhinged when he eats. But getting a good grip on your prey is the best way to catch a slippery fish here in Life, Death, and Taxonomy.

Welcome to the beloved Measure Up segment. The official listener’s favorite part of the show! The part of the show when we present the animal’s size and dimension in relatable terms through a quiz that’s fun for the whole family. It’s also the part of the show that’s introduced by you when you send in audio of yourself saying, singing, or chittering the words measure up into ldtaxonomy at gmail dot com. We don’t have a measure up intro so that means we get to hear from an animal and Carlos will guess what it is.

Ending: So stay in your den, keep an eye out for food and danger, and always make sure to take advantage of your secondary pharyngeal jaw when feeding like the moray eel here in LDT.

Hey everyone, Carlos here. We need your help to get the word out about our podcast so that more people can be taxonomically titillated on a weekly basis. You can help us out by connecting with us on Twitter and Facebook, telling everyone you know about all the interesting animal info you now possess, and leaving a review for us on your favorite podcasting app! We love to hear from you and you can also let us know if there’s an animal you’d like us to cover in the coming weeks. Thanks for listening and we’ll see you next week!