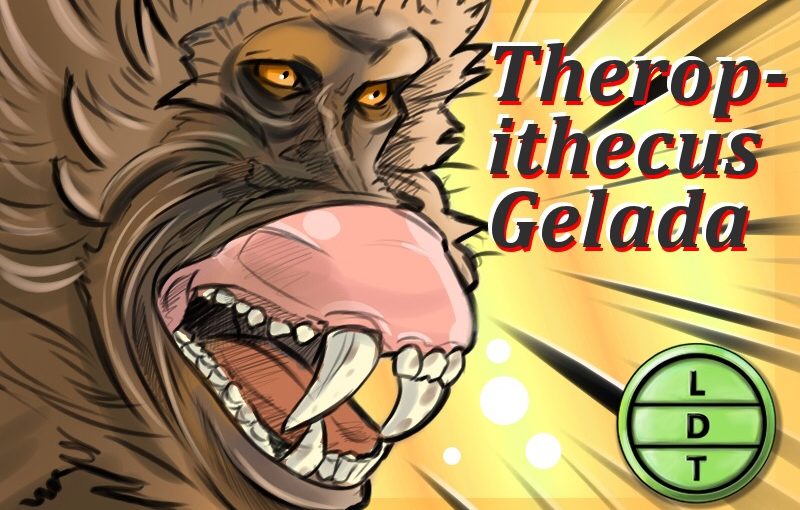 “And to day we’re talking about a guilty little monkey. But more on that later!”

The rules of engagement vary widely in the animal kingdom, especially when it comes to romance. But whether a species has multiple mates, or just one, at least there are rules. The Gelada Monkey may seem like a tasty Italian treat, but in reality, it hides a dark secret. Going against their own instincts, two star-crossed lovers will actively deceive their fellow monkey in order to rendezvous in secret. But infidelity never goes unpunished here in Life, Death, and Taxonomy.

Males have large canine fangs that are among the largest among primates relative to body size.

It’s also the part of the show that’s introduced by either a listener or an animal. If you would like to submit your own measure up intro, just say, sing, or bark the words “measure up” into your phone’s recording app and email it to ldtaxonomy at gmail dot com. Today we have a new measure up from long-time friend of the show Julia. You may recognize her voice from the end stinger! Without further ado the listeners favorite part of the show.